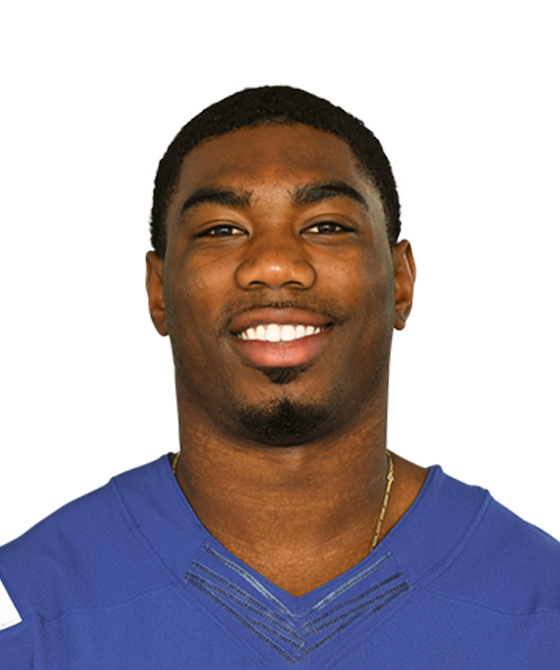 Ahmad Thomas, son of Marvice Thomas, is an American football linebacker who plays for the Montreal Alouettes of the Canadian Football League. He signed the contract with Montreal Alouettes in January 2021. He started his football career in college and played in Oklahoma. Before signing the agreement in 2021 with the Alouettes, Thomas played for Green Bay Packers, Indianapolis Colts, and Atlanta Falcons.

Thomas started his professional football career with Oakland Raiders as an undrafted free agent. He joined the team on 5th May 2017 but was waived three days later. Then he joined Green Bay Packers on 29th November 2017 as a part of their practice squad. Later, Thomas signed a future contract with the team on 4th January 2018. However, he did not continue for a long time with the team and was waived by the Packers on 1st September 2018.

After leaving the Packers, Thomas was signed by the Indianapolis Colts on 3rd September 2018 as a practice squad. Later, he was promoted to the active roster on 14th December 2018. However, he suffered an injury during the final roster cuts and was retrieved to the team's injured reserve list the next day. However, after getting waived from the injured reserve, Thomas shortly joined the team.

Thomas's journey with Indianapolis Colts ended on 1st October 2019, when the Atlanta Falcons practice squad signed him. Then he was promoted to the active roster. But he could not continue longer and finally bid goodbye to the team on 5th August 2020. Finally, he got an opportunity to sign a contract with the Montreal Alouettes on 21st January 2021.

Thomas played in 51 of OU's 52 games and started the final 39 contests. In 2016, he earned an honorable mention All-Big 12 selection by the league's coaches. Moreover, Thomas was among one of the team's four captains. He showed his magnificent performance during the game and, as a result, ranked fourth on the team. He had overall 64 tackles during the game. Moreover, he was included in the preseason watch lists for Thorpe and Nagurski Awards.

In 2015, Thomas was named to the All-Big 12 First Team by Phil Steele. Moreover, the league's coaches chose him for the All-Big 12 Second Team. He participated in all 13 games during the league. Thomas played at free safety in eight matches and strong safety in the remaining five games. He broke up a pass and tallied seven tackles in the Orange Bowl against Clemson. Moreover, Thomas started at free safety and tallied three tackles at Oklahoma State. To end his year, he made two tackles against Akron on 5th September 2015.

In 2014, Thomas started all 13 games at free safety. He tallied ten tackles in the Russell Athletic Bowl against Clemson. Moreover, Thomas broke up a pass and made five tackles against Oklahoma State. He performed exceptionally well in all the matches and never disappointed anyone.

At the start of Thomas's career in 2013, he played in 12 of 13 games and missed one match in the Tulsa contest. He gave a good performance and recorded one tackle, and returned a kick two yards at Oklahoma State.

Thomas was an early enrollee at OU. He was ranked among four-star recruits by 247Sports during his high school days. Moreover, he was among ESPN, Rivals, and Scout three-star recruits. He also emerged as a two-time leader for the Florida Class 6A Championship team. Furthermore, Thomas was selected for the Semper Fidelis All-American Game. He had 82 tackles, a sack, and an interception as a junior player.

Ahmad Thomas has always proved his mettle in his game. He demonstrates that continuous practice and strengthening your abilities can help you reach new heights.

Play Ahmad Thomas quiz games and trivia, and win exciting prizes on LootMogul. Speed, knowledge and skill will help you win big in the trivia contests. Visit quiz.lootmogul.com to play trivia games on your favorite influencer!