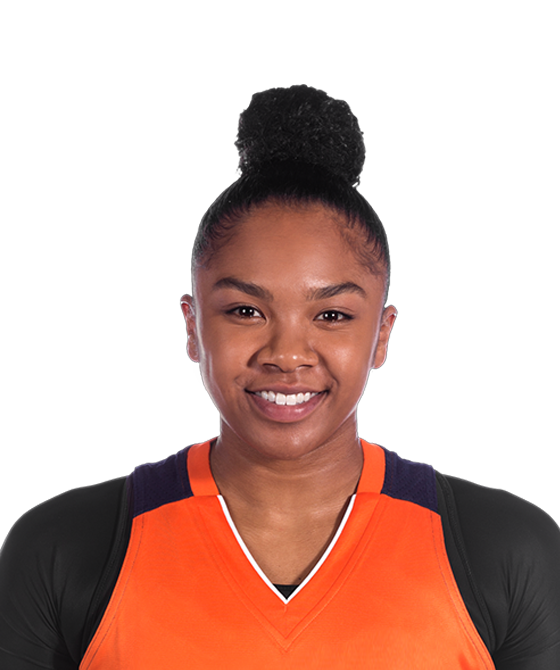 Alex Bentley is an American professional basketball player in the Women's National Basketball Association. She was born on October 27, 1990, in Indianapolis, Indiana. She is considered an inspiration for many women aspirants due to her excellence in the court. Currently, she is a point guard for the Atlanta Dream in the WNBA. She is a holder of numerous honors like Third Team Parade Magazine High School All-American, WNBA All-Star, and more.

From a very young age itself, Alex was interested in basketball. Her father Albert Bentley was a former NFL player for the Indianapolis Colts from 1985 to 1991. She was born and raised in Indianapolis with her parents Jeff and Marie Wilson. Her curiosity toward sports started at an early age that added to her passion for basketball.

She attended Ben Davis High School in Indiana where she aided her team to a 30-0 record in the state championship and No. 1 ranking in the USA Today Super 25 poll. As a senior at Ben Davis High School, she averaged 15.7 points, 2.6 assists, 2.2 steals, and 3.2 rebounds. In consideration of her high performance, she was named to the Parade Magazine High School All-American Third Team. She was chosen for the All-Big Ten first team in 2011–12 for the second time in her career, making her one of only nine players in school history to get first-team honors on multiple occasions.

Alex led the Big Ten in steals while attending Penn State College. Bentley earned a bachelor's degree in broadcast journalism and a minor in sociology from Penn State. She finished second in college history and fourth in Big Ten history with 1500 points, 500 assists, and 300 steals. During the 2010-11 season, Bentley became only the eleventh Lady Lion in college history to be named first-team All-Big Ten by the coaches. During the 2011-12 season, Alex set a career-high with eight steals in her first Big Ten game against Nebraska.

The Atlanta Dream selected Bentley with the 13th overall pick in the second round of the 2013 WNBA draft. She started 10 of the 34 games she played during her first regular season. She played as a reserve with the Dream during her rookie regular season, averaging 22 minutes, 1.4 rebounds, 2.8 assists, and 8.3 points per game.

The Connecticut Sun then acquired Alex Bentley in 2014, and she became the starting point guard, averaging 12.2 points per game and a career-high 3.7 assists per game. Bentley made her first all-star appearance in 2015 after being selected for the WNBA All-Star Game.

Apart from WNBA, during the off seasons, Bentley played for overseas teams like Tarbes Gespe Bigorre in France, Yakin Dogu in Turkey, Adana ASKI SK of the Turkish League, and Nadezhda Orenburg of the Russian League.

Highest points: When Bentley was playing for the Connecticut Sun against the Washington Mystics, she set her career-high of 31 points in 48 minutes of play.

Highest Rebounds: Alex acquired the highest rebound of 6 in 3 games.

Highest Assist: During her rookie season with Connecticut Sun, she averaged her career high of 3.4 assists.

Highest Steals: In the 2011–2012 season, Bentley's first Big Ten game, she recorded a career-high 8 steals. During WNBA, she also set a record of 6 steals while in the Atlanta Dream.

Play Alex Bentley quiz games and trivia, and win exciting prizes on LootMogul. Speed, knowledge, and skill will help you win big in the trivia contests. Visit quiz.lootmogul.com to play trivia games on your favorite influencer!