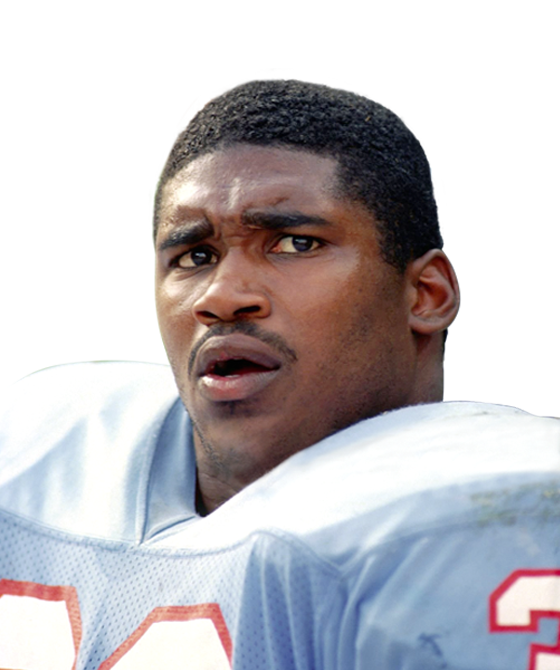 The talented all-rounder Alonzo Walter Highsmith, Sr. was born on February 26, 1965. He was a successful icon in many fields, which can be seen throughout his career as an American football executive, a former fullback, and a former boxer. Highsmith had an eventful life throughout his football career, which hit him in many ways. Currently, he is the General Manager for the University of Miami.

During his high school days at Christopher Columbus High School, he was an excellent defensive end player that helped him receive All-American, Florida high school Defensive Player of the Year, and Dade County Athlete of the Year honors. While he was on the team, he managed to push the team toward the state championship final in 1982. Alongside football, Highsmith was also interested in basketball in school days but decided to pursue football in the future.

As a professional football player, Highsmith's first stop was with the Houston Oilers. In 1987, he was picked third overall by the NFL. As a member of the Houston Oilers, he played in 38 games and helped mold one of the league's top blocking fullbacks. The Dallas Cowboys acquired Highsmith in a trade later that year (1990). But he had to deal with a lot of difficulties because of knee injuries he sustained throughout the offseason. However, his prior successes allowed him to earn a spot on the team. Despite his efforts on the field, he was ultimately placed on the injured reserve list due to persistent knee pain.

He signed with the Tampa Bay Buccaneers in 1991, but a recurring knee issue led to his release. Highsmith retired after 65 games played, 283 carries for 1,195 yards and 7 scores. In addition, he had 42 receptions for 428 yards and three scores. Despite the setbacks, he persisted in his goal. After retiring from football, Highsmith pursued a career in professional boxing. In his four years as a professional, Highsmith earned a 27-1-2 record at heavyweight.

The events throughout Highsmith's life have been dramatic and unpredictable. Highsmith is an inspiration to many young sportsmen because of his commitment and hard work. In the eyes of many, he was a game-changing player.

Highest Rushing Attempts - During the 1989 season with the Huston Oilers, Highsmith had his highest rushing attempt of 128.

Highest touchdown - Alonzo Highsmith achieved his career-high touchdown total of 4 with the Houston Oilers in the 1989 season.