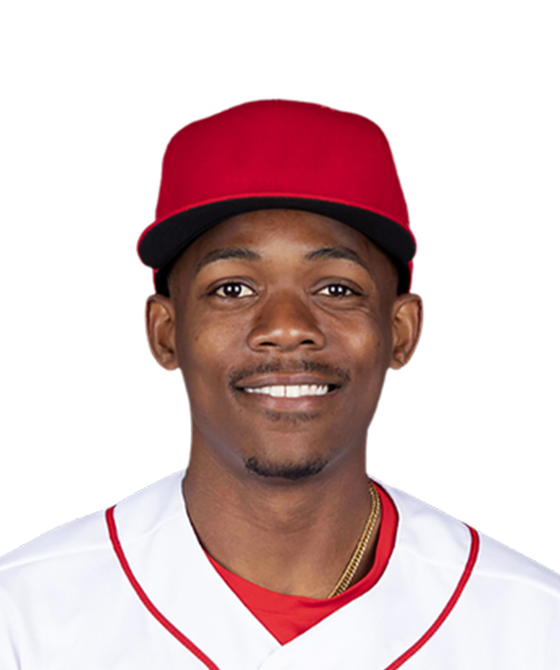 Errol Anders Robinson, October 1, 1994, is a professional American baseball player who plays shortstop for the Sioux City Explorers in the American Association of Professional Baseball. The Los Angeles Dodgers picked up Eroll in the sixth round of the 2016 MLB draft of the University of Mississippi.

Eroll also played collegiate summer baseball with Wareham Gatemen of the Cape Cod Baseball League. Later in 2015, he returned to the league signed with the Hyannis Harbor Hawks. He gained a lot of respect in this team and was titled the All-Star player.

Before joining any team, he played at St. John's High School located in Washington, D.C. Eroll committed to the team and debuted in the 2016 season. He hit an average of 0.282 in 55 games played with the rookie league Ogden Raptors. But in 2017, he played a total of 95 games for Great Lakes Loons, Tulsa Drillers and Rancho Cucamonga Quakes and averaged 0.270 with 35 RBIs and 7 home runs.

After that, he was drafted by the Cincinnati Reds in the minor league portions of the 2020 Rule 5 draft. In 2021, he committed to the Sioux City Explorers from the American Association of Professional Baseball (an official partner league of the MLB).

2016 Season: Robinson played a total of 61 games, beginning at shortstop. He was the leader of the team in triples (4). His team secured the seventh position in the SEC Hit at a .270 clip with 69 hits, 36 RBIs, one home run, 45 runs and 10 doubles. He made 31 double plays in the entire season. At the time, he had a record of 18 multi-hit games. Errol Robinson also managed to steal nine bases for second on the squad.

You can tell he is an excellent athlete by the highest number of five hits and four runs against Kentucky (5/16). He was successful in hitting a single, double and triple consecutively in his first play. He made appearances thrice while recording a career-high 4 RBIs (5/6). He continued this feat for 11 games in the win over UAPB. Robinson hit his first home run of the season and second of his career against Grambling.

Then came the SEC tournament, where he carved his way into the semifinals with a career-high of four RBIs against Texas A&M. After that, in the NCAA Tournament (Oxford Regional), He began both games with the Rebels at shortstop and went 2-for-5 with 2 RBIs in the eliminator against Tulane, and gave his team the lead late in the game.

He began all 58 games at shortstop, and led the Rebels with 62 hits and finished on the second rank on the team with a .297 average, with 31 runs, 30 RBIs and 11 doubles. Errol had a career-high 3 runs, including one which proved to be a winner for Ole Miss against Mississippi state.

Then in the NCAA Tournament (LOS ANGELES REGIONAL), he began both games at shortstop and went 3-for-4 while scoring the only run for the Rebels against Bakersfield (5/30).

In 2014, he played in 67 games in total and was awarded SEC All-Freshman selection by the coaches in the league. He also emerged as the first true freshman to start at shortstop for the Rebels on the first day since Zack Cozart in 2005. He posted in 17 multiple-hit games, which consisted of two-hit games and a three-hit game. Then in the NCAA Tournament, Robinson started all 10 games and had an average of .194 with 2 runs and 3 RBIs.

In the opening game of the College World Series, he recorded hits against the first ranked Virginia (6/15), along with the hits recorded against the No.2 TCU (6/19) and No.1 Virginia (6/20) in the eliminators.

He was an outstanding performer for two years at St. John's College High School under coach Mark Gibbs. He played in the middle and infield positions. Robinson was honored as the Best Defensive Player of the Year. As a senior, he completed his high school playing career with a fielding percentage of .990. He was the leader and a star player of his team, and even as a junior, he assisted his school in recording the longest winning streak in school history with 20 consecutive wins in 2012. The school team also exhibited an impressive record of 23 wins in the season.