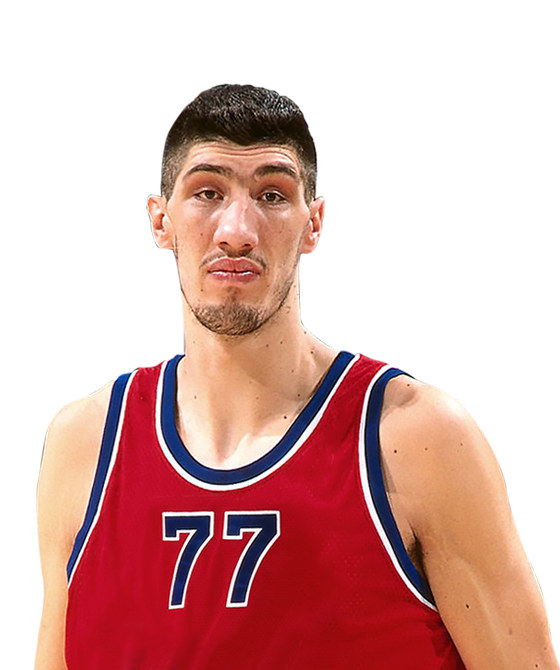 Gheorghe Dumitru Mureşan, better known as "Ghiță," is a former professional basketball player from Romania who was born on February 14, 1971. He shares the record for the tallest NBA player ever with Manute Bol at 7 feet 7 inches (2.31 m).

Mureşan, his wife Liliana, and their kids George and Victor used to live in Franklin Lakes, New Jersey, but they recently moved to the Washington, D.C., suburbs. His oldest son, George, has been a walk-on forward for the Georgetown University Hoyas since the 2016–2017 season.

Muresan was raised in Franklin Lakes, New Jersey, and then moved to Washington, DC. He attended St. Andrew's HS in Potomac, Maryland, where he played high school basketball, averaging 5.8 points per game.

He attended Universitatea Babeș-Bolyai din Cluj-Napoca, were played for the university team. In 1992, Mureşan won the national basketball championship while playing competitive basketball for Universitatea Cluj.

During the 1992–93 season, Mureşan played professionally in the French league with Pau–Orthez and became an instant fan favorite in addition to winning the French League Cup.

Muresan chose to finish his NBA career with the New Jersey Nets, where he played the final 31 games of his career.

Following the conclusion of his NBA career, Gheorghe Muresan rejoined Pau-Orthez. He won the French League while playing for Pau-Orthez before deciding to return to the United States with his family. Muresan usually wore the number 77, which corresponded to his height.

Gheorghe Muresan joined the Maryland Nighthawks on March 11, 2007, and was part of the NBA's tallest lineup. It was the only game in which Muresan was not the tallest player on his team, as Sun Mingming stands 7 feet and 9 inches tall.

Highest point During the 1995-96 when he was with Washington Bullets / Wizards, he scored his career high of 14.5.

Highest rebound He also had the career high rebound of 9.6 when he was a member of the Washington Bullets.

Play Gheorghe Muresan quiz games and trivia, and win exciting prizes on LootMogul. Speed, knowledge, and skill will help you win big in the trivia contests. Visit quiz.lootmogul.com to play trivia games on your favorite influencer!