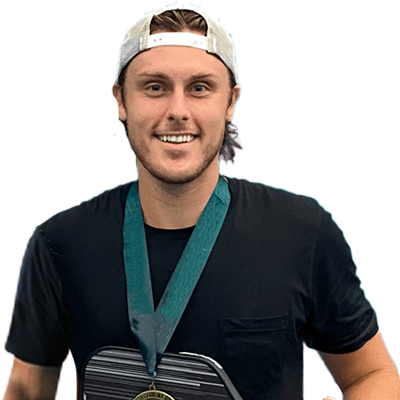 Greg Dow is a young sportsman who has started playing pickleball recently. He’s been an amazing player since he developed a passion for pickleball. Dow has a Dynamic Universal Pickleball Rating of 6.29 in doubles and 5.66 in singles.

From a very young age, Greg used to play tennis at school and college. But, during his college days, he found out about his hidden interest in pickleball. He is considered a dedicated player who works hard for his passion and he has proved himself as a sportsman in different platforms as well.

Greg Dow enrolled at the University of South Carolina where he played tennis for the university. He was an outstanding player in his college. Later on, he decided to shift his direction to pickleball.

Greg is currently on Professional Pickleball Association Tour and he is also a member of the Brooklyn Aces of Major League League Pickleball.

If you are a fan of Greg Dow, you might want to keep a tab on this page for official Greg Dow NFT cards on sale. You can buy Greg Dow Digital Collectibles cards ranging from rookie cards & other merchandise. You may also check Greg Dow’s stats, age & height from this page. Follow LootMogul.com for sales on digital collectibles related toGreg Dow.