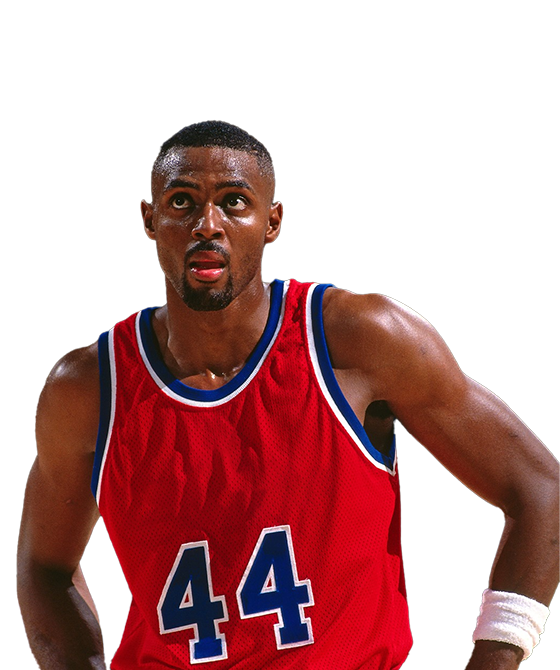 The former American basketball player Harvey Grant was born on July 4.1965. He was a National Basketball Association(NBA) player with Washington Bullets, Portland Trail Blazers, and Philadelphia 76ers. Harvey Grant, who has a wealth of experience in coaching college basketball teams, is currently beginning his second season as an assistant coach with the men's basketball team at Hampton University. Grant is primarily in charge of the program's player development.

Grant attended Hancock Central in Sparta high school. He was an excellent student and a great player as well. From early on, he was dedicated to his passion. He was always a hard worker throughout his school days.

After a year in junior college and a year at Clemson alongside his brother Horace, Grant transferred to Oklahoma. He was a member of the 1988 Oklahoma squad that reached the National Championship game before losing to Kansas.

Following successful college years at the University of Oklahoma, Grant was selected by the NBA's Washington Bullets with the 12th overall pick in 1988. In his first season, Grant averaged 5.6 points and 2.3 rebounds per game. The following year, he progressed to an average of 8.2 points, 4.2 rebounds, and 1.6 assists. In 1990–91, Grant became the runner-up to Orlando's Scott Skiles for the NBA's Most Improved Player of the Year Award after averaging 18.2 points, 7.2 rebounds, 2.6 assists, and 1.2 steals a game. After averaging 18.0 points per game in 1991–1992, Grant turned in his best scoring season in 1992–1993 by averaging a career-high 18.6 points per game.

Grant was moved to the Portland Trail Blazers in 1993, where he was used in a supplementary position off the bench for three seasons, averaging 9.6 points per game.

In the 1999 NBA season, Grant finished his professional career with the Philadelphia 76ers, averaging 3.1 points and 2.3 rebounds in 47 of 50 available games. Grant and Anthony Parker were transferred to the Orlando Magic soon before the 1999-00 season for Billy Owens, who had previously been moved to the Magic in a trade that sent brother Horace to the Seattle SuperSonics. He was eventually waived by the organization and retired from the league.

He has led a successful career in the NBA with many ups and downs. With constant dedication, he always strived to improve himself in each game. Grant was awarded an All-American when he was a senior at Oklahoma after being selected to the First Team All-Big 8 as a junior.

Highest points - In 1992, he set a career-high with 41 points against the Charlotte Bobcats.

Highest rebounds - He had his career-high rebound of 16 while playing against the Nets.

Play Harvey Grant quiz games and trivia, and win exciting prizes on LootMogul. Speed, knowledge, and skill will help you win big in the trivia contests. Visit quiz.lootmogul.com to play trivia games on your favorite influencer!