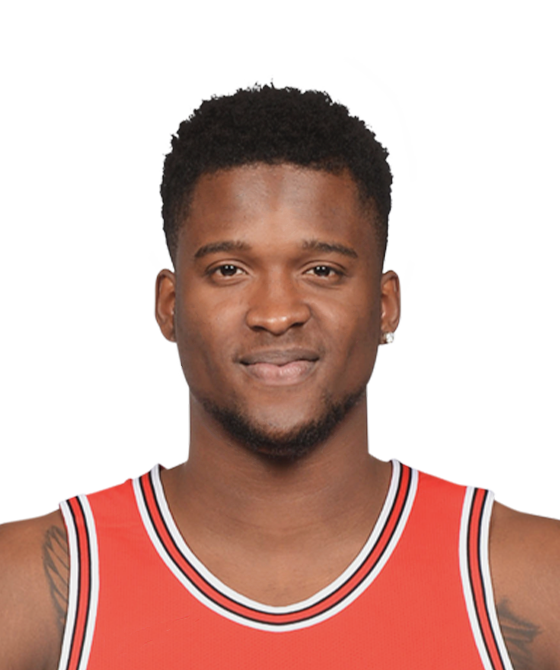 Born on August 7, 1996, Jaylen Johnson is a professional American basketball player for the Motor City Cruise of the Gatorade-sponsored NBA G League. He had been playing basketball for the University of Louisville from the year 2014-17 during his college time.

His mother, Janetta, was his guide. She played basketball at the University of Wisconsin and was the pioneer in blocked shots, men and women simultaneously. To this date, Janetta holds the record for blocked shots at Wisconsin, having 130 blocks in one season. She played as a professional in Portugal for four years.

During his high school, Jaylen Johnson had an average of 13.6 points, 9.6 rebounds, 5.3 blocks, and 4.1 assists in the Class A district title game; he scored 20 points, 10 rebounds, and 11 assists. As a senior, he bagged double-digit rebounds in 11 games.

Johnson has got some remarkable titles by his name. He was honored with the Ann Arbor News Washtenaw County Player of the Year. He was one of the finalists for the Hal Schram Mr. Basketball award in Michigan. He was the 55th player in the national ranking by 247sports.com, 56th as per rivals.com, and 62nd by Scout.com. According to ESPN, he is among the top 25 power forward players.

As a junior in Ypsilanti high school, he maintained an average of 13.8 and 8.5 rebounds. His skills made the school reach the first regional championship since 1981. He was a first-team all-county selection during his junior years.

In 2013, he went to LeBron James Skills Academy and Adidas 64. He was honored with the Mario Ellie Award and got the title of ‘ Cream of the Crop’ top 30. He scored a double-double in 2014 for the Kentucky Derby Festival Basketball Classic all-star game while playing for the white team. The scoreboard had 14 points, 10 rebounds, and 2 assists.

In 2014-15, he joined the Louisville Cardinal men’s basketball team. He maintained an average of 5.2 points and 3.8 rebounds. He played 88 matches during his college years: 26 in junior year and 22 in his sophomore year. In April 2017, he skipped playing for the college in his senior year to start his professional career for the NBA 2017. However, he was undrafted.

After being drafted in 2017 for the NBA, he signed a training camp with the Chicago Bulls. However, he was released in October and got a chance to be a night opening roster from the Windy City Bulls.

On October 20, 2018, the Iowa Wolves made it public that they have got the returning rights of Johnson and Jarell Eddie from the Windy City Bulls team. In January 2019, Johnson was included in the Iowa Wolves roster. He had an average of 8.7 points, 4.3 rebounds, and 1 assist per game. He appeared in 22 games for the Iowa Wolves.

In September 2019, he signed a contract with Hapoel Holon of the Israeli Premier League for the season of 2019-20. However, he left the team after making appearances in five games.

In November 2019, the Iowa Wolves declared that they have acquired the returning rights of Johnson.

On January 5, 2021, Cherkaski Mavpy proclaimed that they signed off with Johnson. On January 25, 2021, he was included in the rosters for the Iowa Wolves and was then released on February 13.

In the NBA G League 2021 season, he got selected as the 8th member of the Motor City Cruise.

Play Jaylen Johnson quiz games and trivia, and win exciting prizes on LootMogul. Speed, knowledge and skill will help you win big in the trivia contests. Visit quiz.lootmogul.com to play trivia games on your favorite influencer!