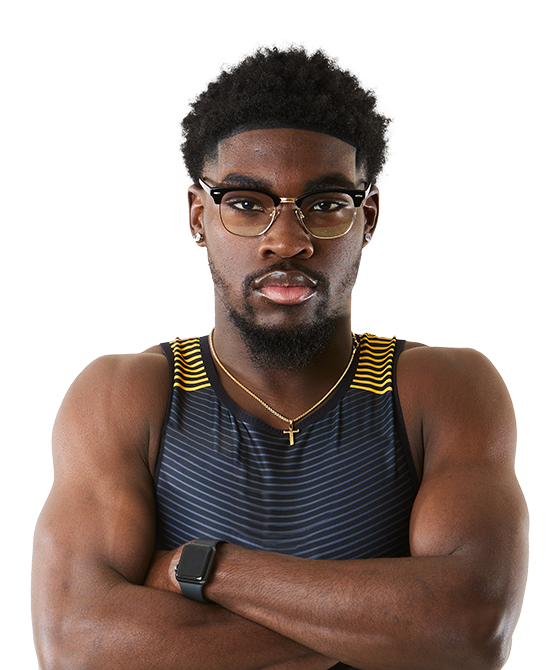 The budding sprinter, Jayvion Johnson was born in Boone, North Carolina. He scored his top score of 1005 at the John Weaver Invitational, Holmes Convocation Center, Boone, NC on 3rd December 2022.

Johnson attended Cane Bay High School in Summerville, South Carolina. He has run almost every race and he has developed a great passion for sports. Johnson thrived in self-improvement and worked hard to be better in all aspects of his studies. His determination and hard work paid off when he received the Region 7-5A Athlete Of The Year honors, which is one of the toughest honors for an athlete.

After graduating from Cane Bay High School, Johnson attended Appalachian State University, Boone, North Carolina where he is an active sprinter. He is an Exercise Science major and wishes to be a coach after his graduation. Jayvion also wishes to be NCAA National Champion and Future Olympian, and later start a physical therapy clinic and franchise across the United States helping hundreds of thousands of athletes.

Honor received - Johnson received the Region 7-5A Athlete Of The Year when he was in high school.