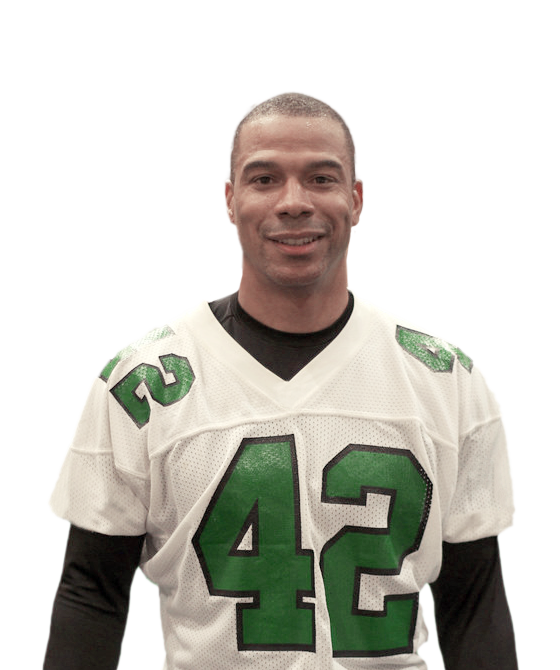 John Booty, the renowned American football player, was born on October 9, 1965 in the small town of DeBerry, Texas. Throughout his career, which spanned from 1988 to 1995, he played for several notable teams in the National Football League such as the New York Jets, the Philadelphia Eagles, the Phoenix Cardinals, the New York Giants, and the Tampa Bay Buccaneers.

John Booty's passion for football began at a very young age. As he grew, he became increasingly dedicated to the sport and worked tirelessly to achieve his dreams of becoming an outstanding football player. This dedication was evident during his high school years, where he consistently displayed a strong commitment to the sport and put in the necessary effort to improve as a player. It was during this time that he laid the foundation for his future success in the National Football League.

Following his high school days, John Booty took the next step in his football journey by enrolling at Cisco Junior College in Texas. Eventually, he decided to transfer to Texas Christian University, where he would go on to be a key member of the official college football team. While at TCU, Booty's abilities on the field were undeniable, and he quickly established himself as one of the most important players on the team. His hard work and dedication during this period helped to further develop his skills and set him up for success in the professional ranks of the National Football League.

John Booty's unwavering determination and tireless work ethic ultimately led to his selection in the National Football League. His journey began in the tenth round of the 1988 NFL Draft, where he was picked up by the New York Jets. He played with the Jets from 1988 to 1990 and went on to have stints with other notable teams such as the Philadelphia Eagles, the Phoenix Cardinals, the New York Giants, and the Tampa Bay Buccaneers. Throughout his professional career, Booty recorded an impressive 148 tackles and 110 solo tackles, with a career-high of 38 assists. This achievement is a testament to the dedication and effort he put into his craft, and solidifies his place as a successful player in the NFL.

Highest yards interception - He had his career-high yard interception of 95 when playing with the New York Giants in 1994.

Highest Tackle John had his tackle of 97 while he was playing for Philadelphia Eagles in the year 1992.

If you are a fan of John Booty, you might want to keep a tab on this page for official John Booty NFT cards. You can buy John Booty Digital Collectible cards for sale ranging from rookie cards & to other merchandise. You may also check John Booty’s stats, age & height from this page. Follow LootMogul.com for sales on John Booty cards.

Play John Booty quiz games and trivia, and win exciting prizes on LootMogul. Speed, knowledge, and skill will help you win big in the trivia contests. Visit quiz.lootmogul.com to play trivia games on your favorite influencer!