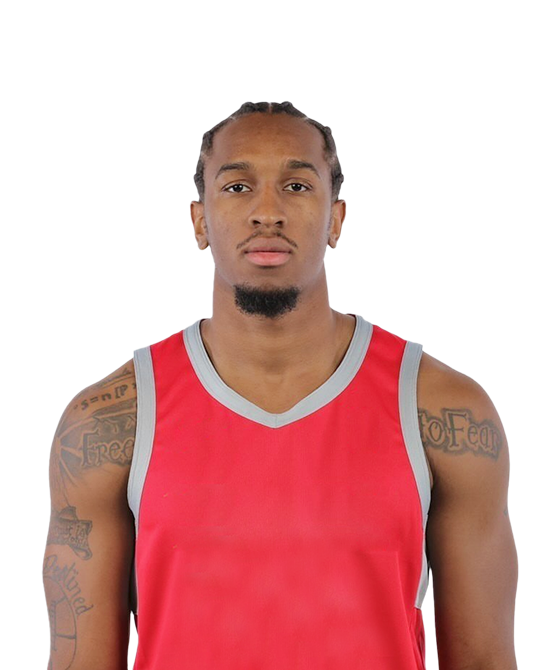 Born on July 25, 1995, Marvin Smith is an American professional basketball player. He majored in Information Systems/Supply Chain Management from the University Of North Carolina, Greensboro (UNCG).

Before going to the UNCG, he played with the Fork Union Military Academy and led the team in rebounding in the prep season. Before prep school, he played for Henrico High School under the coaching of Vance Harmon. As a senior in 2013, he led the Warriors to the Virginia AAA State Championship and averaged 14.8 ppg (points per game) and 10.3 RPG (rebounds per game). Thanks to his fantastic performance, Smith was named to the Central Region Second Team and Capital District First Team. Also, his 10.3 RPG earned him the record in Henrico High for the rebounding average in a season. In addition, he was voted the Most Improved Player Of The Team in 2011 and 2013.

He also played AAU basketball with Team Loaded VA, one of the top teams in the country, and helped them reach the finals of the Adidas Invitational.

Freshman Year (2014-15): After missing the first few, Marvin played 21 games in his freshman year and started in 10 of them. In these matches, he averaged 4.7 ppg and 2.8 RPG. In his freshman year, he scored double figures 4 times, which included 10 points and 9 rebounds (career-high) at Chattanooga. At VMI, he scored a career-high 14 points with 4-of-4 from the free-throw line. Then, he scored 12 points against Wofford and 10 points against Furman. In the match against Wofford, he scored 4 three-pointers, his career-best.

Sophomore Year (2015-16): In his sophomore year, Smith played 33 games and started in all of them. In these 33 games, he scored 9.4 ppg and 5.5 RPG, hitting 36% from the field and 32.2% from the three-pointer area. With 55 points on the tally, Smith was ranked second on the team with 18 double figures to his name, including 21 points (career-high) against Western Carolina. Against the Catamounts, he connected 4-of-7 from the 3-pointer area and 8-of-17 from the field area. Then, he scored three double-doubles against Jacksonville and 16 rebounds (career-high) against the Bulldogs. After that, Marvin scored 20 points against Samford, which included a career-best 5 three-pointers. In the Southern Conference Play, he averaged 10.3 ppg and 5.9 RPG (rebounds per game). His performance in his sophomore year was hailed as excellent.

Junior Year (2016-17): Marvin Smith played 35 games in his junior year and started in 34 of them. In these 35 matches, he averaged 9.1 ppg (points per game) and 4.1 RPG (rebounds per game) and even scored 16 double figures in the season. He got 55 three-pointers, ranking him second on the team, with a shot percentage of 31.4% from the three-pointer land and 71.9% from the free-throw land. In the win against Mars Hill, Smith scored 23 points with 5-of-6 from the three-pointer area and 9-of-10 from the field. In his junior year, Marvin hit his personal-best 5 three-pointers in a single season. Moreover, he scored double-figure points 16 times, including the 8 times he did so in the Southern Conference Play.

In February 2018, Marvin Smith became only the 25th player in the history of the University Of North Carolina Greensboro (UNCG) to score 1000 career points during the game against VMI. When it comes to the program history, Smith ranks 7th in the three-pointers made (200) and 16th in scoring (1,143 points).

Play Marvin Smith games and trivia, and win exciting prizes on LootMogul. Speed, knowledge and skill will help you win big in the trivia contests. Visit quiz.lootmogul.com to play trivia games on your favorite influencer!