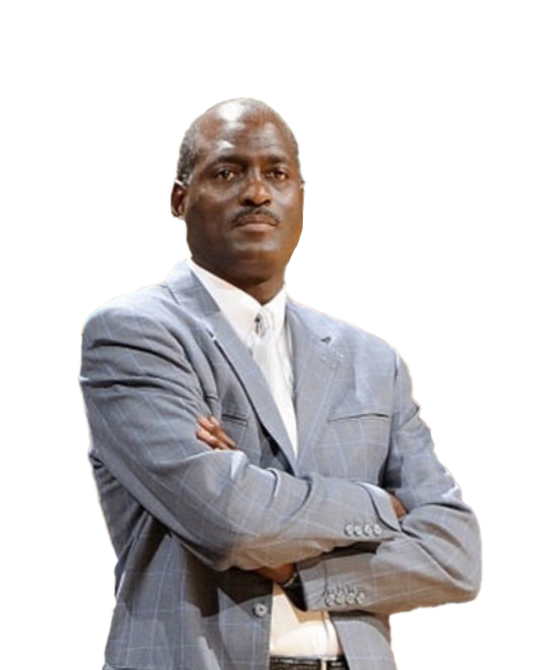 Michael Cooper is a former professional American basketball player and presently a basketball coach. Cooper participated in NBA competition with the Los Angeles Lakers, helping them during their Showtime period to secure five NBA titles. He was chosen for the NBA All-Defensive Team eight times, five of those times being on the first team. In 1987, he received the NBA Defensive Player of the Year award.

Cooper was born on April 15, 1956, in Los Angeles. Unfortunately, when he was three years old, he significantly cut one of his knees and had 100 stitches to fix it. The doctor predicted that, Michael would never be able to walk at the moment. But with his hard work and dedication, he overcame the obstacles and became a successful player. His life was very challenging throughout. Cooper was diagnosed with early-stage tongue cancer in July 2014. At the Winship Cancer Institute at Emory University in Atlanta, he underwent surgery, after which he was able to recover.

Cooper graduated from Pasadena High School in 1974, went on to Pasadena City College, and then switched to the University of New Mexico. His two seasons with the New Mexico Lobos (1976–1978) had him earn first-team Western Athletic Conference honors. The United States Basketball Writers Association selected Cooper as a first-team All-American during his senior year. Cooper averaged 16.3 points, 5.7 rebounds, and 4.2 assists per game as the Lobos won the WAC championship.

Cooper was selected by Los Angeles Lakers for the NBA as the 60th overall pick in the 1978 NBA draft. His defensive skills made him a crucial part of their Showtime team. He was named to the NBA All-Defensive Team eight times and 5-times for the first team. Michael had played in multiple positions including shooting guard, small forward, and point guard. Cooper averaged 8.9 points, 4.2 assists, 3.2 rebounds, 1.2 steals, and 0.6 blocks per game throughout his career. The Lakers occasionally used an alley-oop play for him that was known as the "Coop-a-loop," and home crowds were known to chant "Coooooooop" whenever he held the ball.

After his playing career, Cooper spent three years as the special assistant to Lakers general manager Jerry West. He subsequently joined the Lakers' coaching staff in March 1994, first working with Magic Johnson and later Del Harris from 1994 to 1997.

In 1999, Cooper joined the Los Angeles Sparks' staff as an assistant coach and helped the team make the playoffs for the first time in team history with a 20-21 record. After he was appointed head coach of the Sparks in November 1999, the team's record soon improved; they finished 28-4 in the 2000 season. Cooper's efforts earned him the title of WNBA Coach of the Year. The Sparks won back-to-back WNBA titles in 2001 and 2002 as a result.

Cooper accepted a position with the Denver Nuggets as Jeff Bzdelik's assistant coach. Bzedlik was dismissed after 24 games, and Cooper was appointed as the Nuggets' temporary head coach. He served as the team's temporary head coach until George Karl took over roughly a month later.

Cooper spent three years as the Albuquerque Thunderbirds' head coach (2005–07). After leading the Thunderbirds to the National Basketball Association D- League Championship in 2006, he parted ways with them in 2007.

Cooper was appointed the women's basketball team's head coach at the University of Southern California in May 2009. After USC went 11-20 and finished seventh in the Pac-12 Conference with a 7-11 record in 2013, he left the team. His overall USC record was 72-57.

Cooper was made head coach of the Atlanta Dream in November 2013. After an 11-22 season in 2017, Atlanta decided not to extend his contract.

Cooper agreed to lead 3's Company in the Big3 League in 2018. At Chadwick School in the Palos Verdes Peninsula of Los Angeles County, Cooper was appointed the boys varsity coach in 2019.

Currently, Cooper is the head coach for Culver City.

Highest point - He has the career high point of 23 which was achieved while Cooper played for the LA Lakers.

Highest field goal percentage - He acquired his career high of .565 while playing for the Los Angeles Lakers.

Play Michael Cooper quiz games and trivia, and win exciting prizes on LootMogul. Speed, knowledge, and skill will help you win big in the trivia contests. Visit quiz.lootmogul.com to play trivia games on your favorite influencer!