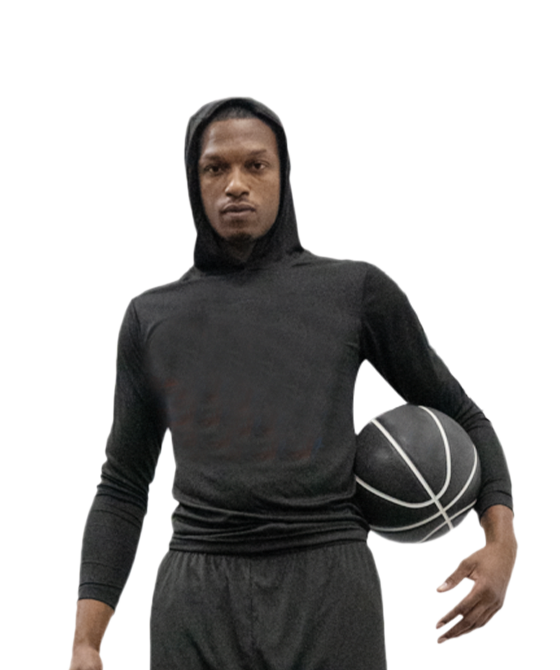 Patrick Robinson is an American basketball player from Frederick, Maryland. He is the founder and owner of Pat The Roc Basketball Skills Academy, which he founded after retiring from professional basketball. Pat attributes his success to his mother, with whom he played the horse's game and frequently lost.

Robinson spent his elementary school years playing basketball in parks and recreation centers, which helped him develop and hone his skills. Pat used to be a member of a team of older kids that included his older brother Reggie. That meant they had several one-on-ones in their backyard to get ready for the season.

Patrick Robinson was a basketball player who excelled at 3-point shooting while attending Patuxent High School. Patrick was the smallest player on the court, averaging only about 9 points per game.

However, in July 2001, he received an acceptance letter from the University of Cincinnati. Patrick was known as "the kid with the basketball" because of his red, white, and blue basketball.

In 2003, Robinson was selected by the Harlem Globetrotters at the age of 19. In the same year, he was scouted by the 'And1 Mixtape tour' and traveled the world as "Pat The Roc."

Robinson now coaches NBA players from the Los Angeles Lakers, Sacramento Kings, Washington Wizards, and others, as well as college players from Duke, Notre Dame, Memphis, Maryland, Indiana, Georgetown, and others. His legacy is now being spread by these players who embody the phrase "Anything Is Possible" by changing their lives for the better.

When Pat isn't on the court, he likes to motivate kids through his non-profit organization called TEAM A.I.P. When it comes to their dreams, TEAM A.I.P. inspires kids to think that anything is possible. Pat travels the globe giving motivational speeches at conferences, gatherings, and other events. Pat also makes sure he dedicates his time to charitable giving and helping at several organizations, including the Boys and Girls Club of America.

Patrick's career highlights include being the first basketball player to be endorsed by Under Armour in 2008, as well as endorsements from brands such as Sports Authority, SLAM Magazine, Dick's Sporting Goods, and Finish Line. He was even the face of millions of Gatorade bottles in stores as a non-NBA player. He also collaborated with "Macy's" to release a children's book titled "Mr. A.I.P. Taking It To The Hoops."

Play Patrick Robinson quiz games and trivia, and win exciting prizes on LootMogul. Speed, knowledge, and skill will help you win big in the trivia contests. Visit quiz.lootmogul.com to play trivia games on your favorite influencer!