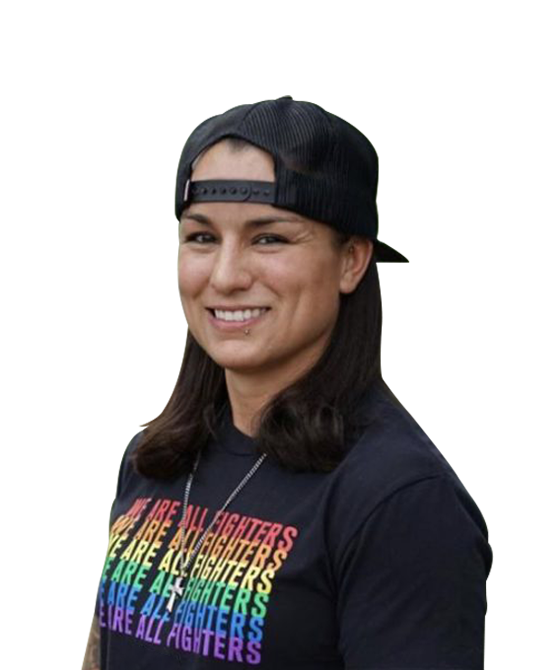 In her childhood, Pennington played sports like baseball, softball, volleyball, running and boxing. She completed her schooling at Harrington High School in 2007, and was the secretary of the National Honors Society and won multiple athletic and academic scholarships. Unfortunately, however, she couldn't play in her college life due to a broken back.

Despite the resistance from her parents, Raquel started martial arts training at 19. She started fighting in amateur MMA during 2009-11. She won 7 matches and lost only one. Out of the seven matches won, five were by submission of the opponent. She made her first appearance as a professional fighter in March 2012 against Kim Couture and won by TKO.

Pennington made her promotional debut in Invicta Fighting Championship against future The Ultimate Fighter teammate Sarah Moras in Invicta FC 2 on July 28, 2012. She won the match by the unanimous decision of the jury.

In August 2013, Pennington was declared a cast member of The Ultimate Fighter: Team Rousey vs Team Tate. She won over Tonya Evinger by submission due to a guillotine choke in the second round. She was the third fighter selected for Team Tate.

In the elimination round, she defeated Jessamyn Duke and won the match by unanimous decision ( 29-28, 29-28, 29-28). As a result, the match was declared the Fight of the Season, and both participants were honoured.

In her promotional debut against TUF, she stood against Roxanne Modafferi on November 30, 2013, in The Ultimate Fighter 18 finale and won by a unanimous decision.

Pennington fought with Holly Holm at UFC 181 on December 6, 2014. Unfortunately, Holm got a neck injury and withdrew from the fight in mid-November. In place of Holm, Ashlee Evans- Smith was assigned the match. Pennington won the game via a bulldog choke in the first round itself. She is the 4th fighter in UFC history to finish the fight with that move.

At UFC 191, Pennington fought against Jessica Andrade and won the match by the opponent's submission in the second round. The submission was exquisite, and she won her Performance of the Night bonus.

At UFC 205, she faced Miesha Tate, former TUF coach and UFC Bantamweight champion, on November 12, 2016. With all her strength, she won the match by outstriking and outwrestling Tate. by unanimous decision (29-28, 30-27 and 30-27), Pennington was declared the winner.

On September 18, 2021, at UFC Fight Night 192, she unanimously won the match against Pannie Kianzad.

On December 18, 2021, there was a fight between Pennington and Julia Avila at UFC Fight Night 199. Unfortunately, Avila got an injury and had to withdraw from the fight. She was replaced by Macy Chiasson. Pennington won this match by guillotine submission in the second round.

Play Raquel Pennington quiz games and trivia, and win exciting prizes on LootMogul. Speed, knowledge and skill will help you win big in the trivia contests. Visit quiz.lootmogul.com to play trivia games on your favorite influencer!