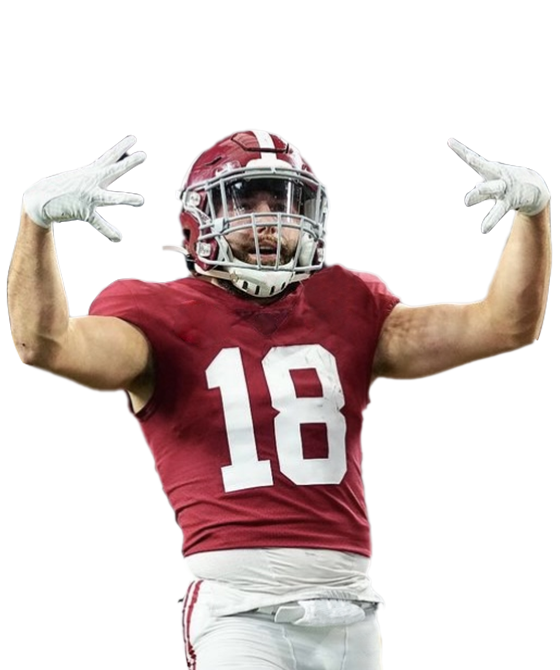 Bolden was born and raised in West Monroe, Louisiana. He attended West Monroe High School. During his high school years, he used to play both football and baseball. He mainly played as a quarterback and receiver during his junior years. Bolden was voted the Louisiana Gatorade Player of the Year as a senior after rushing for 1,460 yards and 20 touchdowns and passing for 1,622 yards. He turned down offers from TCU and LSU to play collegiate football and was regarded as a three-star recruit. Bolden received various all-state awards for football and baseball. Later he was recruited as an ‘ath’ which boosted his confidence in playing football.

As the years passed, he became a great football player. After finishing high school, Bolden enrolled in the University of Alabama, where he was a member of the official football team. Before deciding to redshirt the year, Bolden participated in the season-opening game against Louisville as a true freshman. As a redshirt junior, Bolden caught 42 passes for 408 yards and three touchdowns. In the 2021 College Football Playoff National Championship, Bolden hauled in a five-yard pass from Mac Jones for his first career touchdown reception as the Crimson Tide defeated Ohio State 52-24. He concluded the season with seven punt returns for 29 yards and 24 receptions for 270 yards and a touchdown. Bolden managed to win 3-sec championships along with a national championship.

After college, Bolden was undrafted by the Baltimore Ravens as a free agent. He is looking forward to achieving the best and has been proven as very hardworking and talented.

Play Slade Bolden quiz games and trivia, and win exciting prizes on LootMogul. Speed, knowledge, and skill will help you win big in the trivia contests. Visit quiz.lootmogul.com to play trivia games on your favorite influencer!